Unidentified flying objects, also known as UFOs, and aliens are not the product of overactive human imagination. Aliens and UFOs exist, and have been observing humans for thousands of years. Sightings of UFOs, of aliens, and even reported abductions by aliens, stretch back to the very origin of man on Earth.

The Lewis theory of human exile on Earth is based on aliens transporting us in UFOs to exile us on Earth a very long time ago. 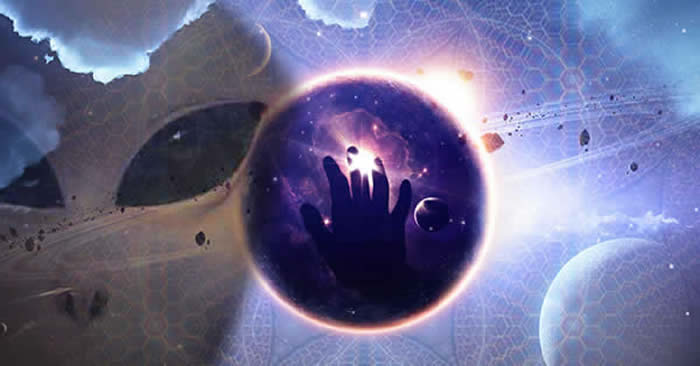 Aliens Are Part Of Human History

Aliens began watching human exiles the moment Earth became a prison planet. This is why aliens and UFOs appear repeatedly in art forms from the time of cave drawings to the present. They have also been mentioned in every religion since the dawn of time.

UFO drawings and sculptures are found globally, many created tens of thousands of years ago. This ancient art is proof that aliens and UFOs exist, and have been visiting Earth for a very long time.

Aliens have made contact with humans many times throughout human history, and each time contact with aliens in UFOs occurs, it spawns huge human technological advances. But science, religion, and governments withhold vast amounts of information about alien contact in order to protect their own interests, and remain in positions of power.

However, despite their deliberate attempts to prevent knowledge of aliens and UFOs, there is little doubt that we continue to be visited by some very remarkable beings.

The two most common types of aliens from UFOs are ‘Grays’ and ‘Reptilian’.

Descriptions from thousands of witnesses over thousands of years state that gray aliens are slender with odd shaped heads and eyes, and seem to be able to communicate telepathically, because there are no lips, or the lips do not move. The interest of gray visitors in human exiles seems far more scientific than social, and when asked, have admitted that they are from other worlds.

Gray aliens are not living beings as we understand them. They are composed of organic and biomechatronic body parts; and are advanced robotic tools used remotely much like a ‘glove box’ is used to handle radioactive and hazardous materials. This allows UFO occupants to examine exiled humans (prisoners) and other life forms from safe distances when they choose, minimizing risk of biological contamination, and/or direct contact. The use of bio-robotic tools may be a technical way to get around actual physical contact with us, but must be forbidden, or there likely would be a lot more of it.

Their large eyes are believed to be a type of electromagnetic video camera used to record and transmit electromagnetic images to the operator. This explains their odd physical appearance and strange movement. Grays likely have internal speakers to communicate with no discernible or detectable physical movement.

Reptilian aliens have only been reported since around 1929, and are reputed to originate in literature, not space.

However, there have also been thousands of reports of very ‘human looking‘ aliens throughout history, beings who look exactly like us; except healthier, more youthful, and with ‘beautiful’ dispositions. These aliens from UFOs are described as ‘glowing with health’, ‘very kind’, and with ‘benevolent dispositions’. It is these aliens who are the principal operators of UFOs, and who are most commonly mentioned in religious scriptures.

They are likely subject to viral and bacterial contamination just like we are, so use Gray aliens to do their work in most situations. These human-like aliens are our most common visitors, yet are rarely recognized as they go about their business. And they prefer it that way, for they’re very aware that if we knew they walked among us it would set off global witch hunts, resulting in wrongful harm to millions of persons.

Aliens In UFOs Use Interspecies Communication

Aliens in UFOs use interspecies communication to make their thoughts known to us and other animals without movement or sound. It allows them to read our feelings, allowing them to respond preemptively and appropriately. This gives them the uncannily ability to know exactly what we are thinking, the very second that we think it, and is often confused with a form of telepathy. Interspecies communication is discussed in greater detail on its own page. 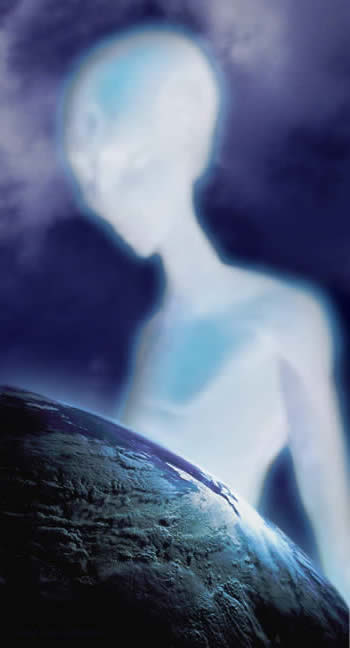 The vast majority of people in the world believe aliens exist, and as you will read, many important people and world leaders publicly admit that aliens and UFOs exist after personal encounters:

“I don’t laugh at people any more when they say they’ve seen UFOs. I’ve seen one myself!”
– Former U.S. President Jimmy Carter

“The phenomenon of UFOs does exist, and it must be treated seriously.”
– Mikhail Gorbachev, the USSR’s last head of state

“Extraterrestrial contact is a real phenomenon. The Vatican is receiving much information about extraterrestrials and their contacts with humans from its Nuncios (embassies) in various countries.”
– Monsignor Corrado Balducci (Pope’s Vatican Commission looking into Extraterrestrial Encounters)

“I am convinced that these objects (UFOs) do exist, and that they are not manufactured by any nations on earth.”
– Air Chief Marshal Lord Dowding, commander of RAF Fighter Command during the Battle of Britain

“It is my thesis that flying saucers are real and that they are spaceships from another solar system.There is no doubt in my mind that these objects are interplanetary craft of some sort. I and my colleagues are confident that they do not originate in our solar system.”
– Dr. Herman Oberth, former Nazi rocket engineer, and one of the fathers of modern spaceflight

Under Observation By Extraterrestrial Life

There is no doubt that human beings have been, and currently are, under observation by extraterrestrial life. Extraterrestrials imprisoned us on planet Earth. We can only speculate about what they are saying about us, and our continued bad behavior.

The monitoring and assessments of human exiles conducted by aliens for the last fifty thousand years have been to monitor our developments and any threat of escape. With each new advance toward interstellar travel and intergalactic residence, we expedite an inevitable confrontation with extraterrestrials responsible for our exile, and possibly other intelligent life forms.

And some very high profile people have warned us to prepare to defend ourselves from an extraterrestrial attack. However, it is important to realize that if we chose to fight, it will be using pathetic prehistoric weaponry, and we will be one world against worlds far too numerous to count.

“With control of the universe at stake, a crash program is imperative. We produced the A-bomb, under the huge Manhattan Project, in an amazingly short time. The needs, the urgency today, are even greater. The Air Force should end UFO secrecy, give the facts to scientists, the public, to Congress. Once the people realize the truth, they would back, even demand, a crash program…for this is one race we dare not lose.”
– Major Donald E Keyhoe, United States Marine Corp, Director NICAP

“The next world war will be an interplanetary war. The nations of the earth must someday make a common front against attack by people from other planets. The politics of the future will be cosmic, or interplanetary.”
– General Douglas MacArthur (the only American military officer ever to hold the rank of Field Marshall)

“Let there be no doubt. Alien technology harvested from the infamous saucer ‘crash’ in Roswell, New Mexico, in July, 1947, led directly to the development of the integrated circuit chip, laser and fiber optic technologies, particle beams, electromagnetic propulsion systems, stealth capabilities, and many others! How do I know? I was in charge!”
– Colonel Philip Corso (Army Intelligence officer, former head of the Foreign Technology at the U.S. Army’s Research and Development department at the Pentagon)

UFOs have a great deal of interest in us, and play a very important role in our future. Perhaps it may be an excellent idea for mankind to start paying a lot more attention to aliens and UFOs, and a lot less attention to persons suppressing important information about them. For whether we choose to admit we are being watched by aliens in UFOs or not, aliens are real. UFOs are real, and observation of human exiles on prison planet Earth by aliens in UFOs continues.

It is no longer a matter of ‘if’ aliens will make contact with us, it is only a matter of ‘when’. Governments, religions and science continue to choose to be less than ethical and moral by hiding the truth. However, the choice may be soon taken from them, and the truth revealed by powers far greater than theirs, leaving them powerless and with no way to deceive the public anymore.

Human exiles, prisoners on a prison planet, continue to be monitored and assessed by aliens in UFOs. But, because of our rapidly evolving detection technologies, human exiles are now being watched by aliens much more covertly, and much more intensely than ever before.

As we move ever closer to accomplishing deep space exploration, we also move even closer to the determination of our fate.