Ancestry of Man explores the Lewis Theory of Human Exile which states that human origin is extraterrestrial. It claims our species (homo sapiens sapiens) was intentionally placed on this world due to the extreme risk we posed to interstellar peace. The theory says humans were imprisoned on Earth between approximately 50,000 to 60,000 years ago. This happened to protect alien civilizations from human treachery, violence and insanity. The Lewis theory of human exile claims there are no fossils of cro-magnons (us) that exist anywhere on Earth older than 60,000 years old.

Every person born on Earth feels a primal connection to the stars, and feels part of the universe. Deep within us constellations call to us, and the depths of space beckon us with unspoken word. The reason for this is that the origin of man is not Earth. Human origin is interstellar. The Lewis theory of human exile states that we are aliens. Humans exiled upon this planet.

What is the origin of man?

Is Earth a prison planet?

Are Neanderthals the ancestors of humans?

How is communication with other life forms accomplished?

Who are the alien visitors in UFOs?

What is the fate of man?

You will learn the answers to the above questions, plus a whole lot more through out the Ancestry of Man website.

You might immediately deny the Lewis theory of human exile to explain the origin of man on Earth. You may be thinking that extraterrestrials putting us onto a prison planet is the stuff of aluminum foil hats and padded rooms. But, before you get too comfortable with the assumption that this theory is outrageous and cannot be true, look closely at what elements make a theory plausible and probable.

A Scientific Theory Does Two Things

In the scientific, or empirical tradition, the term ‘theory’ is reserved for ideas which meet baseline requirements about the kinds of empirical observations made, the methods of classification used, and the consistency of the theory in its application among members of the class to which it pertains. In general, theories are expected to be functional and parsimonious, or in other words, a theory should be the simplest possible tool that can be used to effectively address the given class of phenomena.

Empirical observations about the theory of human exile provide clear elements to substantiate it.

Three aspects needed to substantiate the theory of exile are:

Motive: We have a defined and well documented propensity toward insanity, theft, violence and aggression.
Opportunity: Planets exist in the universe that are biologically capable of supporting hominoid life forms (Earth is proof).

Theories Of Human Origin That Can Not Possibly Be True

Human origin has mystified us since the dawn of history. Curiosity about where we came from has led to several theories of human origin, such as Evolution, Creation, Panspermia that can not possible be true. 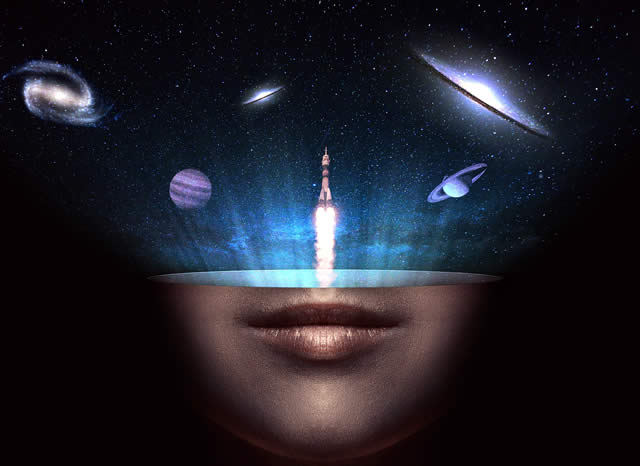 The theory of evolution states that human origin is the result of natural selection among hominoids (ape family). However, despite evolutionists best efforts to mislead the public, they have not, and will not succeed in proving that Cro-Magnons originated on this planet. The best proof evolutionists have provided to date are hoaxes that when challenged, are revealed to be deliberate falsehoods or baseless opinions (such as the Piltdown Man Hoax). If the origin of man was from apes, why haven’t the apes evolved too, and why aren’t they that much more advanced than we are?

The theory of creation is that man was intentionally and/or divinely created on Earth. It is based on the belief that something cannot manifest from nothingness, therefore there must be a single origin of all. While often confused with religions, historians agree that belief in creation predates any religion; in fact it existed when our ancestors were still living in caves.  Religions, such as those of Islam, Christianity and Judaism, all claim that our origin on Earth is attributed to a deity (or deities) who created us. Believers in creation rely on unseen, unheard and unproven deities.

The theory of Panspermia is that life did not begin on Earth at all, but was biologically brought here from elsewhere in space, most likely aboard a meteorite. For instance, because a number of martian meteorites have been found on Earth, some researchers controversially contend meteorites brought microbes here, potentially making us all of extraterrestrial origin. Even if this concept were true, we would still need to have evolved to a higher state.

There is little doubt that our origin includes some degree of evolution, creation, and panspermia, but none of those theories are able to provide hard and indisputable scientific proof that their claim of human origin on Earth is correct. The theory of exile is the only theory of human origin to provide absolute proof to substantiate its claim. In fact, its proof is reading this right now.

We can only imagine what purpose lies behind the activities of these quiet, harmlessly cruising objects that time and again approach the Earth. The most likely explanation, it seems to me, is that they are simply watching what we are up to.
– Dr. Margaret Mead, world-renowned Anthropologist. (Redbook, vol. 143, September 1974)

There is other life in the universe, and we are living proof. The origin of man is extraterrestrial, and aliens and UFOs continue monitoring and assessing their human exiles to determine our fate.

This video is about the Lewis Theory of Human Exile, which states we are prisoners upon a prison planet, and did not ‘evolve’, or were not ‘created’ upon this planet. We were intentionally placed here, and, for very good reasons. If you enjoy this theory, please share it with friends and family on your social media, and make a stand for truth, and against the status quo.